Sales tax is a regressive tax, which means that it disproportionately hurts the working poor and elderly. They cannot as easily afford the tax increase, compared to someone who is wealthy. Sales tax is volatile. When a recession comes, the sales tax revenue will go down. This sales tax measure will go directly into the city’s General Revenue Fund. The current elected council may promise to spend the tax revenue a certain way, but a future council may choose to spend it a different way. And, there is nothing anyone can do about it.  There is no "sunset clause" on this tax hike. Once it's here, it is here forever. If approved, the local tax rate portion would be a total 2.5% of the total California sale tax and Fullerton will have the second largest sales tax in Orange County making Fullerton businesses less competitive than other cities, encouraging citizens to shop in nearby cities. The are also no provisions to prevent the State of California or the County of Orange from implementing new sale taxes in the future which will further impact all citizens in Fullerton, but particularly the working poor and elderly. Say NO to the City Council’s proposal to steal an estimated $25 million from Fullertonians!

% of City Budget on Police & Fire

% of City Budget Spent on Roads

% of Income from current sales taxes

It is a General Fund Tax

The City's Attorney says "The tax would be administered by the state. Proceeds of the tax, less administration costs, would be deposited in the city's general fund, controlled by the City Council of the City of Fullerton, and available for any lawful municipal purpose."

It is a Forever Tax

Council has hired Terris Barnes Walters Boigon Heath, Inc. (TBWBH Strategies) for over $100,000 with the intent to "educate" Fullerton citizens about the sales tax measure; don't be fooled by this illegal form of advertising.

Vote was NOT unanimous

If passed, our sales tax would be the 2nd highest in Orange County making our businesses the least competitive.

Title of Measure S is misleading

The title of the measure, CITY OF FULLERTON COMMUNITY SERVICES, STREET REPAIR, AND EMERGENCY RESPONSE MEASURE is misleading. All funds will be going to general fund account. Remember, we will elect THREE city council people in NOVEMBER and they could control the new funds which can be used for pensions or something else if desired.

Money you have has already been heavily taxed with INCOME TAX, PAYROLL TAXES, SOCIAL SECURITY TAX, MEDICARE TAX. After all that (plus employer taxes) when you seek to spend what remains you must pay nearly 10% in SALES TAXES

Our future Pensions Liabilities are OUT OF CONTROL

In 2019, the average public employee pension paid was $95,216; totaling $43,323,672, which grows every year. We need to demand better strategies from elected officials or REPLACE THEM! 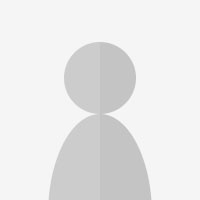 I am opposed for several reasons: 1) Its poorly thought out and there can be a better plan (more on that later); 2) The council didnt take the advice of their own committee; 3) There is no termination ie its permanent even though the "problem" could be solved and you would have a tax for roads that no longer need repairing. The major flaws are: A) They way over shot at 1.25%. They should have started at 1/2%; B) They did not guarantee current funding for infrastructure would remain in place. If the previous infrastructure allocation is diverted we have made no progress. This is the honesty measurement of the entire proposition; C) All new funds generated by the measure MUST go to infrastructure (they dont in this ordinance). Otherwise what's the point? D) There is no contract with the citizens re: what we get. Which projects are highest on the priority list etc? OCTA only gets their Measure M votes because they promise specifically the projects that will be funded; E) There needs to be a sunset so if the voters dont get what was promised they wont re-up for another round.

I am opposed to this new sales tax because it will hurt small businesses, make Fullerton less competitive and there isn't a solid spending plan for how the money will used. Every politican has promised street repairs but has broken their promise to us citizens and continue to spend more on raising salaries and pensions. We can do better!

Business Owner, Fullerton College Business Professor and former President of the Board, Fullerton Chamber of Commerce

A $.09 sales tax is an enormous overreach! This new sales taxes is being driven by the obscene power of special interests over our elected officials. Fullerton compensated 147 employees over $250,000 in 2019 according to Transparent California. Fullerton’s elected officials have been kicking the can down the road for decades, and this current council is the worst offender. We should not reward their financial irresponsibility with more of our hard earned money.

Business Owner, Former Board of Trustee, Fullerton School Board

# of City Employees Earning over $200K

# of City Council that voted YES

And So It Begins…

Donate $$ for Support the purchase of signage and social media